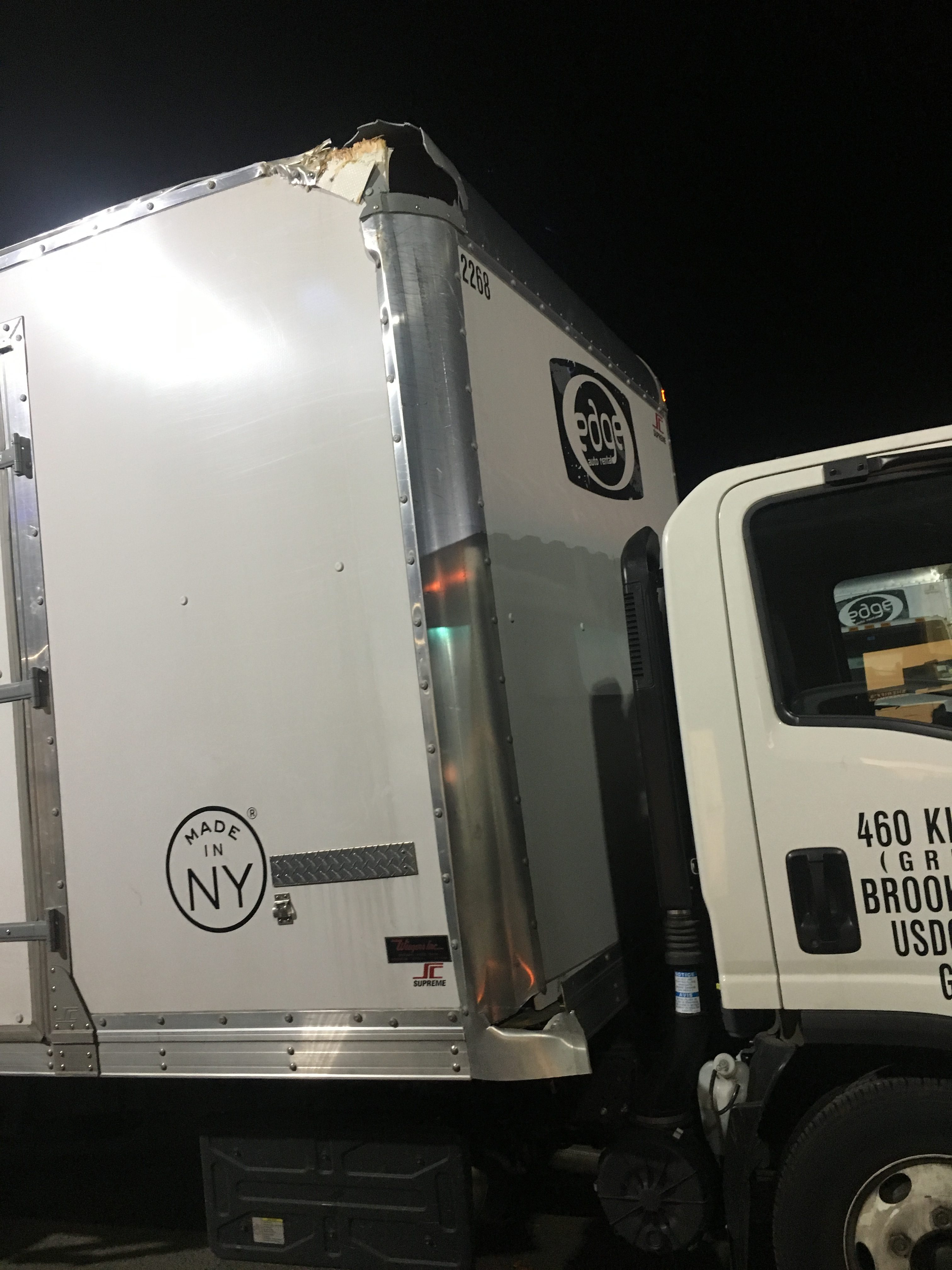 Every single person in our industry has f*cked up. Badly. Comically badly. In this line of work, it comes with the territory. And I love that.

But I’ve learned that when we inevitably mess up, what matters most is that we take responsibility, problem solve, and learn from it best we can.

When I was on a location scout with a Director I was assisting, I found myself having lunch with our Executive Producer, Production Designer, Locations Manager, Assistant Director, Director of Photography and UPM. And our EP spoke up and said, “Alright. Everybody go around and tell us the biggest mistake you’ve ever made on a job.”

I loved it. Hearing these established filmmakers with credits on my favorite movies recount the times they ROYALLY screwed up filled me with happiness. Because only then was I able to look back on the story I’m about to tell you and smile…

The Story of Sparkman and the Box Truck.

Starting out, I jumped on every single job that came my way just to get on set. Didn’t matter what it was. Typically, when being hired for the first time by a production company, I would get the question, “Do you drive?” to which I would always respond, “I do, whatever you need.”

I’ve gotten hired for that reason more than once. Sometimes it’s a car. Others it’s a 15 passenger van. Those I can handle with ease.

And then came… that day.

A new contact I made in the industry recommended me to PA on a low-budget production his friend was producing. Their production coordinator gave me a call:

“Can you drive?”
“I do, whatever you need.”
“Great! Go to Edge Rentals to pick up the box truck in the morning.”

If you don’t know what a Box Truck is, it’s a 14ft cube truck that is used to carry around our equipment. On bigger budget and union jobs, there is a whole department dedicated to driving enormous trucks filled with gear from location to location. They’re called Teamsters.

This was not a big budget job. And I cannot drive a box truck, as I soon found out.

Being my ambitious (but mostly broke and needing the money) self, I accepted the job and went to Edge Rentals. I was handed the keys to a truck more than twice the size of anything I had ever driven. I took a good look at that thing, took a deep breath and thought to myself, “OK. You got this. Learning curve Sparks, here we go.” I let the production coordinator know I got the truck successfully. And then I got the response, “Great! Drive into Manhattan to the camera house to pick up this gear.”

But at this point I was in too deep. These guys were counting on me to deliver equipment for their Director of Photography. Moreover, I had been recommended by someone. If I backed out, it wouldn’t just make me look bad, it would reflect poorly on the person who was kind enough to refer me for work. And I refused to let that happen.

So that is how I found myself driving a 14 ft box truck into goddamn midtown.

For those of you who drive trucks regularly, yes, I know, big whoop, hats off to you. But for everyone else who has never driven a truck before, let me tell you, IT’S TERRIFYING. You are suddenly WAY higher than everyone else. And bicycles and yellow cabs are coming out of NOWHERE and you are petrified of squishing them! I have never been yelled at so many times in such a short amount of time. It was not fun.

Somehow I made it to the camera house in one piece. Deep breath. Time to park this thing. And that is when I heard a sound I will never forget.

That’s the sound a box truck makes when it slowly crashes into the brand-new light blue Ford Hennessey. The owner of the car, (who also happened to be the Art Director of a prominent network TV show shooting across the street came immediately storming over.

I thought I understood what anger was before that moment. I didn’t. Now I do. This guy was PISSED. I was shrinking into the driver’s seat of a box truck, listening to him scream all sorts of colorful language. As I sat there, I heard a little voice pop into my head. It said, “That’s it. You blew it. You can’t do this, what were you thinking? You should go back to Connecticut and make birdhouses for a living.” But then I remembered what a female mentor told me about making mistakes.

Own up, problem solve. Learn from it.

And trust me, I wanted to give up, run away and move to Mexico. But I couldn’t. The airfare was too expensive. So with every ounce of strength I could muster, I got out of the truck, and faced this guy. And he whipped around with rage in his eyes expecting to see a teamster. Instead he saw me. He wanted to scream at me. But he didn’t. Oddly enough, in that moment I felt understanding come from him. It was a weird cocktail of anger and empathy that resulted in boiling frustration. I could work with that.

I shook his hand. I introduced myself. I apologized profusely and called the production coordinator. She said, “Are you safe? Good. OK, well, these things happen,” and gave me the production insurance information which I passed along to the Art Director. Pictures were taken (see included photo), reports are filled out, etc.

The amazing thing was, a professional teamster from the TV show came running over and helped me properly park my truck. And one of the grips came over to make me feel better. They actually started  laughing and reminiscing, “Yup, I remember the first time I crashed a box truck.” Even the Art Director, pissed as he was, smiled and joined in.

The rest of the day was a breeze. A breeze that included a parking ticket, a thunderstorm, getting lost, and a dead cell phone. Oh yeah, and I smashed the truck into a low-hanging tree branch. Twice. I was also 4 hours late delivering $100,000 worth of equipment.

As you could well imagine, I was NOT invited back to work with this production for the rest of their shoot. Who can blame them? I’d probably judge them if they did.

But the cool thing was, I was able to meet their Key PA. And he appreciated my perseverance. We exchanged numbers and he ended up getting me my first ever gig on a network TV show. So in the end, it was worth it. And I learned some hard lessons from it as well.

2.) Put a freaking phone charger in your PA kit. And car charger. And a backup charger in case your other charger breaks.

3.) Make sure you know EXACTLY what a job is before you accept it. NEVER assume.

4.) If you are asked to do equipment pickups and returns, request you have another PA to do it with you. This is industry standard, and the job is next to impossible with only one person.

5.) At the end of the day, if you mess up (which you will), remember what my mentor taught me:

Own up, problem solve. Learn from it.