Sparkman On: When Size Doesn’t Matter 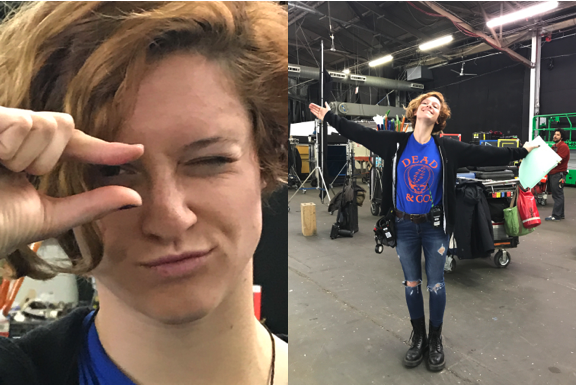 As PAs, we are often asked to perform tasks that could easily be mistaken for something small and unimportant. For example, we might be asked to get extra printer ink for the Honeywagon. Someone might yell for us to lockup* a field. Chances are, we won’t be given an explanation why. The clock’s ticking, we’ve got work to do, and the person giving instructions has a lot on her plate.

Once an AD has told you to do something, she will trust that you’ll take care of it. She shouldn’t have to worry about reminding you. She has a set to run, after all.

So if you drop the ball, and the task isn’t done-no matter how small it might seem- that causes a huge problem. Here’s why.

A film set is a maze of 1000 moving parts that have to come together at the same time. It works because of a system that is a well-oiled machine; even the tiniest of tasks matter.

Let’s use my examples above. You’re a PA who’s been told to get printer ink for the Honeywagon**. But the production isn’t filming on location until next week, so you reason, “Hmm… I don’t really have to do that now. I’m sure they have enough ink in the printer anyway.” And then in the rush of the shoot day, you forget. Honest mistake, no big deal… right?

Wrong. Come next week, way out on location, the 2nd AD runs out of ink in the Honeywagon printer. Script revisions, extra accident report forms, one-liners, contracts… none of these important documents can be printed. If the ink runs out at the end of the day, call sheets can’t be printed. And now a crew of 100 people doesn’t know the drill for the next shoot day. That is a BIG PROBLEM, resulting from a SMALL TASK being overlooked.

Now what if you’re the PA charged with locking up a far away corner of a field? The crew is shooting like 100 miles away on the other side of the field… and you’re bored. You reason, “The cameras are waaay over there… I can probably run 10-1*** or grab a snack at crafty. What could happen?”

Every action (or lack of action) onset causes a reaction. Although a PA’s job might seem insignificant or boring, there is an important purpose for every task. And there’s nothing worse than being that first domino that leads to a wrench being thrown into the film-set-machine.

I should know. I was the PA that made those above mistakes. That’s how I learned not to make them again. Hopefully you’ll all read this and learn the same. I know I personally would rather learn from someone else’s mistakes. My way wasn’t very fun.

*Lockups are when a crew member (often a PA) guards (or “locks up”) a designated pathway to the location area that will be seen on camera to make sure nobody (cast, crew, public, etc) walk into the upcoming shot.

** Honeywagons are big trailers that (if you live in NYC) you’ve probably seen a thousand times. They have a bunch of doors with steps that lead to the sidewalk, two of which usually say “Lucy” and “Desi”. Those are the crew/BG actor restrooms. The other doors usually lead to mini dressing rooms. There is also usually a small room that serves as a satellite production office.

***10-1 is industry speak for going to the bathroom…more specifically to pee. The phrase “10-2” exists… in theory…but folks rarely dare to use it.