Sparkman On: Why PAs Are Important AF 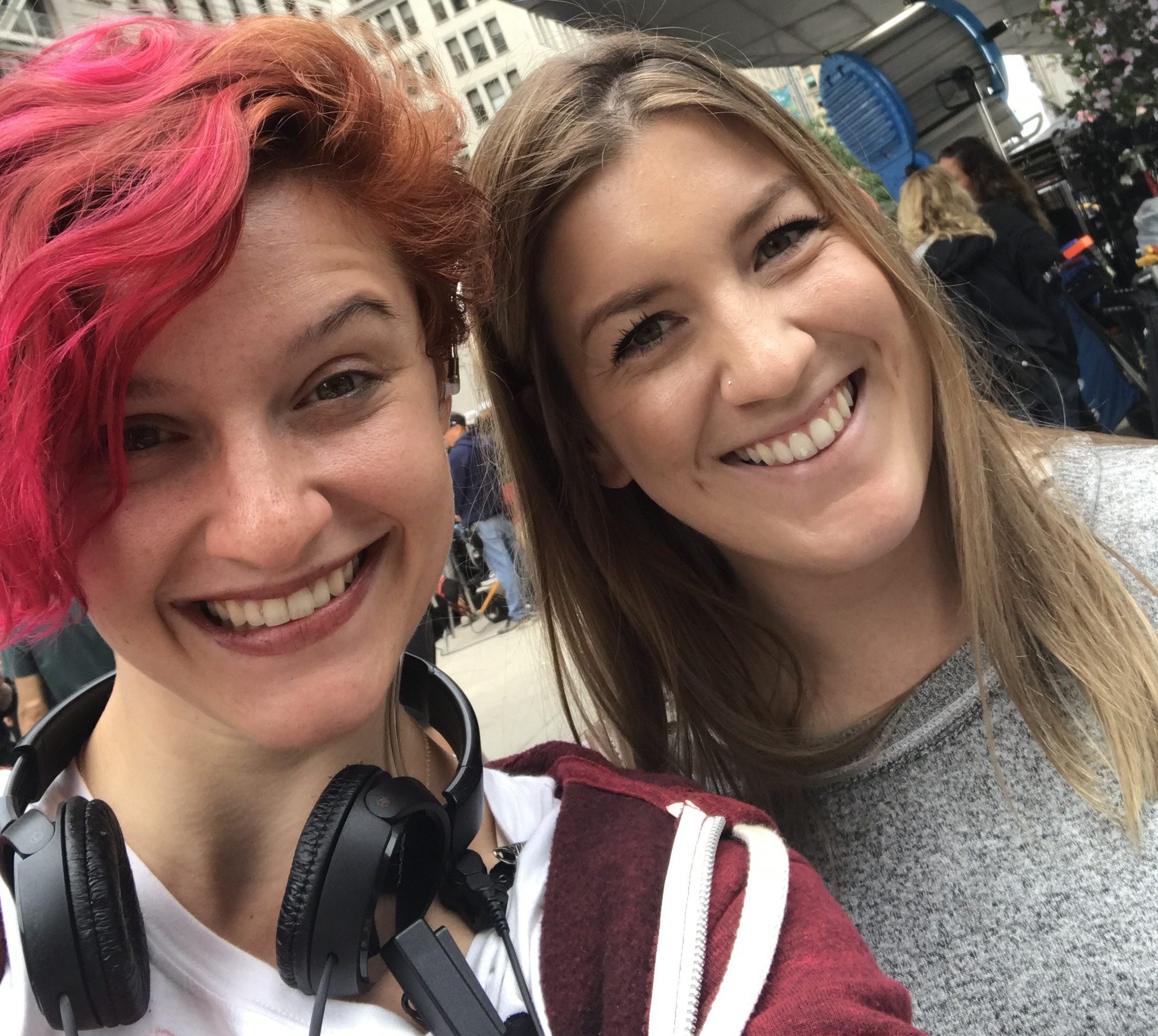 A looottt of people complain that being a PA (aka Production Assistant, aka lowest woman on the production totem pole) is the worst job ever.

Well here’s my opinion; being a PA is AWESOME.

It’s noble and humbling and it’s the dues you have to pay to roll with the big players in our industry. Not to mention, PAs are important AF (if you don’t know what that means you’ll have to look it up). The entire system that is a film set – the well-oiled machine with a thousand moving parts – CRUMBLES without them.

Your production is shooting an exterior shot DEEP into Queens, and there is a serious language barrier between the crew and the locals. Now, there are always pedestrians that want to snag pictures when you shoot exteriors in New York. But sometimes it is straight up bananas. Right now, there is an OCEAN of people crowding around every inch of the sidewalk, moving directly into the director’s shot. They are literally fighting to get photos of the lead actress, who for her part is just trying to get through a pivotal scene in the film. Pedestrian traffic has come to a full halt.

The fact that many of the laymen paparazzi can’t understand the crew when they ask them to step aside only further complicates the issue. It is also difficult to tell who is a hired BG (background) actor and who is just a curious passerby. Add in the final ingredient to that recipe -one of my personal favorites- people who are (for lack of a better word) insane and start screaming profanities up and down the street upon seeing a film crew. This is not exaggeration for effect. This happens. A LOT.

So that’s the scene. Close your eyes. Can you picture it? Pure chaos…At least it would be without PAs.

In the past, on a particularly insane shoot day similar to the above, our crew was lucky enough to have hired a bilingual PA. He taught the entire PA team basic Spanish to give clearer instructions. That is boss status.

It’s not just lockups and wrangling insane New Yorkers that make PAs so vital to a film shoot’s success. Who do you think wrangles and coordinates 200+ BG actors into a single scene? The Background PAs. Who seamlessly leads actors to set, camera ready, relaxed and ready to go? The 1st Team PAs. And do you honestly think 150 crewmembers can be responsible for keeping track of their walkies and hot/cold bricks (batteries)? What happens when your walkie dies on set and you’re the 1st AC (Assistant Camera)? Who do you think is gonna give you a hot brick? A goddamn set fairy? No. The Walkie PA.

PAs are the unsung heros of our industry.

And personally, I love being a PA. In my current role as a Director’s Assistant, it is not my job to help the PAs with lockups. But I do anyway when we’re having a particularly rough day on crowded streets. Partly because that is how I can best help my director in that moment and partly because I genuinely enjoy it.

Yes, pedestrians are rude to me. Yes, they complain that we are taking over their neighborhood. Yes, it is sometimes comically infuriating how ridiculous people can be. But it comes with the territory of what we do and makes for good stories down the line.

When you’re a PA you learn, people want to teach you, and you are forgiven for your mistakes. You are initiated into the wonderful circus that is our industry and meet people who become your mentors and friends. You form bonds and receive guidance that you wouldn’t have trying to be a producer/director right away. Not that it can’t happen (it can), but being a PA is not a “burden” and it is anything but an embarrassment. It’s learning and earning your place in our industry from the ground up.

And even if you feel under-appreciated or like you’re being stepped on at times, just remember that even though you’re at the bottom of the production food chain, THE INDUSTRY NEEDS YOU. BADLY. Or all film sets will be overrun with tourists trying to get selfies with Jennifer Lawrence.**

** I have not worked with Jennifer Lawrence personally (although I hear she is lovely). But people want selfies whenever you have an A-list actor on your set. And they can get aggressive depending on how good-looking said actor is. Based on this criteria, I felt Jennifer Lawrence was a wholly appropriate choice.

Sparkman on Set
My name is Sparkman. Seriously. I just got my first job on a major feature film as a director’s assistant on a romantic comedy shooting in NYC. I’ll keep checking in and let you know all about what I’m learning on set, everything that goes right…and then not so much.