Sparkman On: Loving Thy Bogies 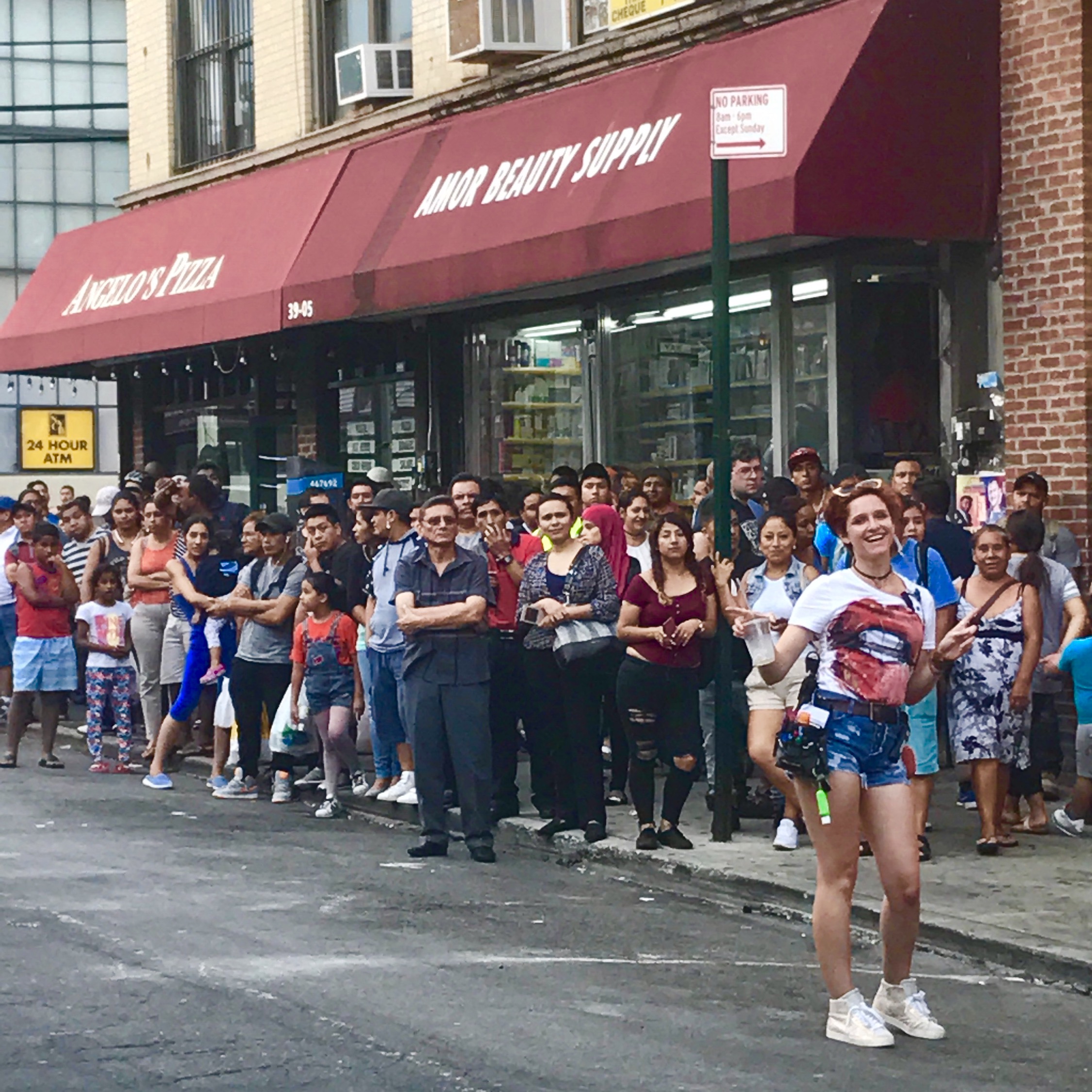 Bogie (noun): One who should not be in a film production’s shot but has walked into it either accidentally… or otherwise.

I’ll never forget the first time I had to lock up a New York City street for a film shoot.

The day was bright. It was my first day on a Network TV show. I was proud and happy to be alive as I stood on the sidewalk and called out “Rolling” for the very first time.

And 2 seconds later, a 300 pound biker dude (aviators, tattoos, spiked jacket, ect)  is stomping towards me.

And with that, he stomped past me, straight into our shot and kept walking. Welcome to locking up a film set in NYC.

In film terms, this biker dude is what we call a “bogie” (see definition above). And it is a PA’s job to prevent them on film sets.

Herein lies the daily struggle that is being a PA in New York.

New York City is abreast with people who are rude, impatient, down right insane or any combination of the three. And New Yorkers universally hate being inconvenienced. Which is what PAs inherently do when their film productions are shooting in public areas.

I have seen pedestrians yell at, threaten, and even get physically aggressive with PAs. I’ve witnessed a woman march past a PA and scream at our entire film crew in spanish. I’ve seen someone shove through a Key Pa, run straight into a take, smack the boom mic and march past our actors screaming profanities. A friend of mine once had to lock up a homeless man – he spit in her face.

But the aggression and/or insanity of these people is not what makes locking up hard. As a PA, you also need to be NICE to them.

It is quite possible that you’ve been yelled at all day long by your higher ups in blistering heat or icy winds. And now someone you don’t work for is being a total jerk to you for doing your job. Believe me, I know the burning urge there is to bite back and speak your mind.

But you are the face of the film production to the everyday New Yorker. So you need to plaster a smile on your face and be friendly towards someone who is being nasty to you. Because the SECOND you are nasty back, the entire production looks bad. All people who work in film look bad. And in that second of nasty retaliation, you’ve reinforced this nasty person’s idea that film crews are a bunch of awful aggressive douchebags that are only there to get in the way. And then they’ll go forth and be even more nasty to another unassuming PA.

It’s time to break the cycle. Let’s all be so spectacularly wonderful in the face of impatience and unwarranted rudeness. And just maybe we’ll increase the number of New Yorkers willing to be tolerant of the two minutes of inconvenience that is a film shoot.

So stay strong, my fellow PAs. Love thy grumpy, obnoxious, borderline insane, New York neighbor… even if they don’t (and they probably won’t) love you back.