Warning: Cannot modify header information - headers already sent by (output started at /var/www/wp-includes/functions.php:5570) in /var/www/wp-content/themes/forgiven/functions.php(1) : runtime-created function on line 9
 Sparkman On: Being the Best BG Actor You Can Be  - FACES

Sparkman On: Being the Best BG Actor You Can Be 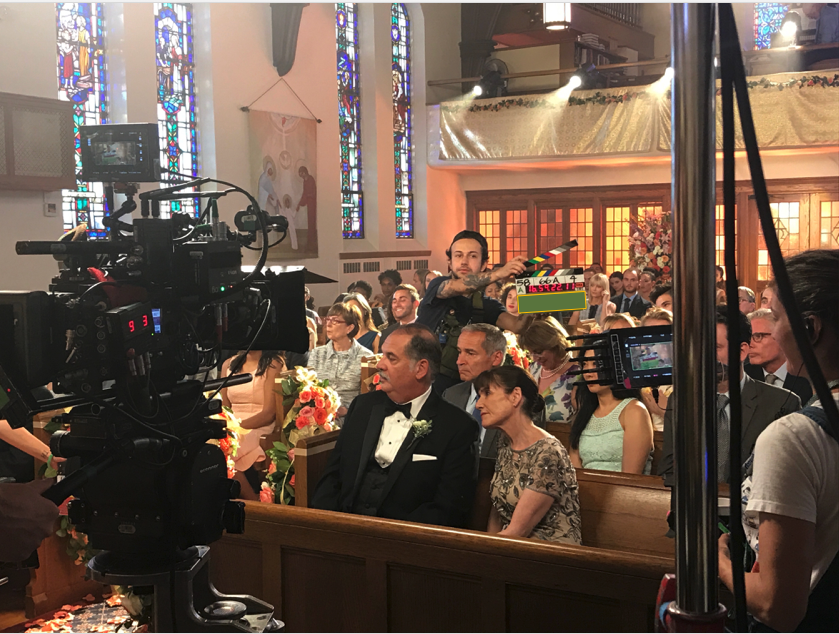 Seldom does a day go by on a NYC film set when someone passing by doesn’t approach the PAs and ask if they can be an extra. Hanging out on a movie set with famous actors? Sounds glamorous, right? But while the job seems like a no-brainer, there’s more to being a good background (BG) actor than most people think.

I write this as someone who came to New York to pursue acting and has been a background actor many times. I know what the set experience is like for both parties now that I work on the production side too.

An amazing woman I got to work with said this to the background actors when she was directing an episode of Quantico: “I truly adore background talent.  You guys bring the world we are trying to create to life.” She’s right. It takes a village and background talent is a big part of it…like literally…they are the people of the village.

To the folks out there who make the worlds we create possible, or want to be part of the magic, here are a few pointers that will make any film crew love you.

1.) Show Up. ON TIME.
Seriously, one late BG creates a snowball effect: delayed bus departures, delayed wardrobe approval, delayed camera rolls…. 5 minutes doesn’t sound like a big deal, but it easily creates a chain reaction that ends with a delayed lunch. Which adds up to thousands of dollars in crew meal penalties that the production has to spend. Please be on time, or better yet, early.

2.) Listen to your Background PAs and 2nd 2nd ADs.
It is their job to make sure you are where you need to be. You might not understand why they are asking you to do something, but you need to trust that there is always a reason for it. What’s more, complaining to the PAs and/or 2nd 2nd ADs is unnecessarily rude since these crewmembers more than likely had nothing to do with the decision.

3.) Eat when you are told you can break for lunch.
You’ve been there for hours, you’re hungry, and catering looks SO GOOD. But you need to realize the crew has been working much harder for much longer. Per union rules, every one of them needs to go through the catering line first or the production could be in violation of local and union labor laws.

4.) Refrain from getting into fights with crewmembers.
Yes, that ill-tempered electrician was not very nice to you. It’s (probably) not personal. His or her boss was most likely screaming at them all day and they’re flustered and impatient. Laying in to them and making a scene will not help anyone – especially yourself.

5.) Don’t complain.
Remember that glamour we were talking about earlier? Sometimes (and maybe more than some) being on set is anything BUT glamorous. Sometimes it’s raining, or freezing, or both. Often you’ll be on your feet for hours on end. Once again, you need to remember basically everyone you’d be complaining to started hours before you, and will be there hours after you. They don’t want to hear it.

6.) Want to step outside of holding? TELL YOUR BACKGROUND PAS!
Matching background talent in scenes is important. If the 1st AD demands to have that suave blonde businessman on set and the guy went to smoke without telling anyone, disaster strikes. The scene won’t cut together without him, and production will be held up until he is found. The solution? Just tell someone where you want to go. They’ll tell you if there’s time. There probably is…which brings us to…

7.) Become an avid reader.
Or crossword puzzle master. Or Candy Crush aficionado. Anything small and handheld that can keep you occupied for hours on end in a place (like a church basement) where you might not have Internet access. Because if there is one thing that BG actors do a lot of, it’s WAIT. For hours. And then more hours. There is a reason the room they keep you in is called “Holding.”

8.) A great way to show up to work? Sober.
Believe it or not, I’ve seen background actors show up to work at 7am TRASHED. That’s an A+ way to never get hire by that casting company ever again.

9.) Keep your “professional” opinions to yourself.
Think the lighting is too bright? Don’t tell the Director of Photography (aka Cinematographer).  Think your wardrobe is unflattering? Don’t tell the Wardrobe Stylist. You are working with seasoned professionals. Although you might not agree with a prop choice or camera angle, the people making these decisions have years of experience that you don’t. Just imagine a child in a middle school play giving you acting advice. Yeah.

10.) Give the PAs a break.
Every time a background actor is late, wanders off, grabs catering before a crewmember, shows up drunk, or gets in a confrontation, the background PAs get serious heat for it. They get paid less than you for more hours of work. Have mercy on their souls.