Deprecated: Function create_function() is deprecated in /var/www/wp-content/plugins/revslider/includes/framework/functions-wordpress.class.php on line 258
 Breaking In Series: Katrina Day “When Life Gives You Lemons, Make A Web Series...Ade" - FACES
Notice: Trying to access array offset on value of type bool in /var/www/wp-content/themes/forgiven/includes/headers/header-default.php on line 24 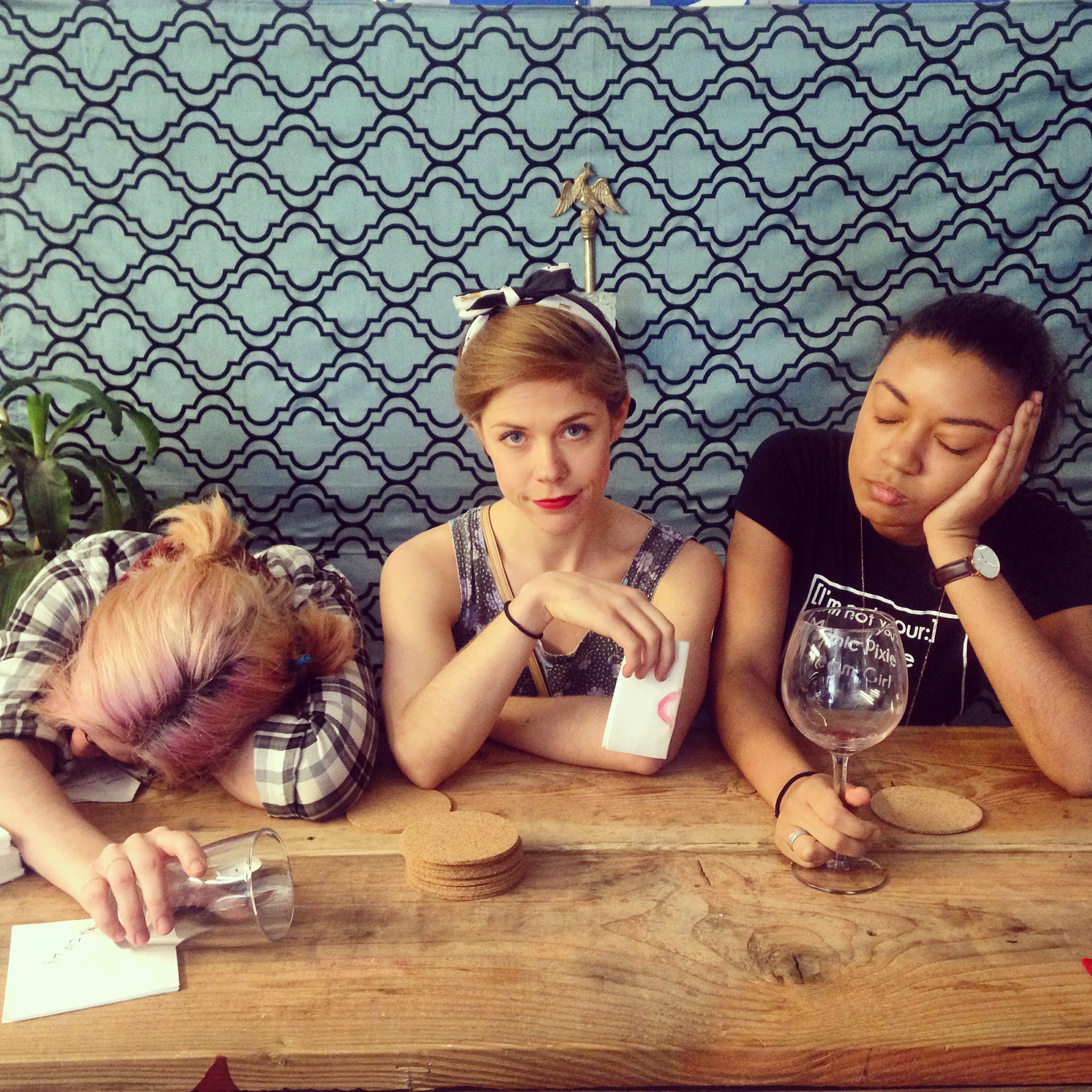 Katrina first came to NYC to study acting and writing at NYU, and stuck around to start paying her dues in the entertainment industry after graduating. Right off the bat, she was blown away by the discrimination and exploitation she experienced and observed on the job as a young female actor. After a couple of years of seeing casting calls that asked for women to work naked for free in exchange for “exposure,” and reading character descriptions that called female characters everything from “sexual harassment lawsuits waiting to happen” to “whore types”, Katrina couldn’t keep quiet about this sad state of affairs any longer. She decided to speak up about the dismal roles women were expected to accept. Enter Lady Parts.

Katrina first launched Lady Parts as a Tumblr blog in 2014. Every day, Katrina would take the most outrageously exploitative casting calls she came across and repost them on the blog. The blog became a casting call hall of shame as she collected hundreds of hilariously heinous and insidiously sexist casting calls that she found on various casting websites. The Tumblr got a lot of great press from outlets like Buzzfeed, Jezebel, and Elle, and soon accrued 25,000+ followers. Actresses and female creatives felt vindicated by someone exposing the sexism and double standards rampant in the entertainment industry, and people outside the industry were amazed to discover just how deeply sexism was baked into the entertainment they consumed.

As the Lady Parts following continued to grow, Katrina realized that there was a huge demand for content that took on sexism in entertainment with pointed, timely humor. And while snarky blog posts were all well and good, Katrina wanted to do more than just comment on the issue of discrimination in entertainment—she wanted to create a counterpoint. Though most of her experiences up until then had been in theater, Katrina took a hard left into new media and created a companion digital series for her blog. This would mark her first time writing and directing an on-camera project, but Katrina was determined to create opportunities for other women in film while making a series that spoke directly to the issue of sexism in entertainment.

The popularity of the Lady Parts blog made it possible for Katrina to run a successful crowdfunding campaign for Lady Parts: The Web Series, a collection of ten comedic digital shorts that she also wrote, directed, and starred in. The first season of Lady Parts tackles workplace sexual harassment, catcalling, pay-to-play audition scams, and sexist double standards in acting training. With an all-female core production team and 60% female cast and crew overall, Katrina shot the entire series over the course of five days in Spring 2015. The series went on to have a successful festival and screening run (at Middle Coast Film Fest, ADK Film Fest, and Stareable, among others) and received positive reviews from outlets like Bitch Media, BUST Magazine, and the Daily Dot.

Launching a project that so explicitly called out the entertainment industry was daunting. Katrina knew that creating Lady Parts would mean forgoing a more traditional career route, and that she’d receive plenty of criticism for calling out sexism in entertainment. But Katrina believes that critiquing her industry isn’t an act of hostility—it’s her effort to make things better for everyone working within it. And even though creating Lady Parts has been a scary undertaking at times, Katrina reports that it’s the single best thing she has ever done for her career. Launching Lady Parts gave her the courage to speak up against injustice, the permission to ask for help when she needed it, and the opportunity to hone her voice as a screenwriter.

A few months after releasing Lady Parts: The Web Series, Katrina was approached by a young female creative executive. She had seen the series, and was interested in what else Katrina was working on. Together, they workshopped Katrina’s first original comedic feature screenplay, which went on to catch the eye of her current manager. Now, Katrina is shopping around a new feature screenplay and developing a second season of Lady Parts with FACES. While the first season of Lady Parts focused on female actors, Katrina and FACES are interested in featuring the experiences of women working behind the camera as well in season two. They hope to amplify a wider range of voices and spotlight the stories that you don’t often hear in the conversation about sexism in entertainment.

Katrina will be featured on the next episode of FACES Talk  AND  Lady Parts: The Web Series Season One, will be re-released for your viewing pleasure on FACES, beginning 3/02/18! Stay tuned!